I read about Mr. Jones today and was inspired by his persistence, perspective and achievements. He’s being honored on May 4th when he will be inducted into the National Inventors Hall of Fame. He currently holds 55 patents. Check out the story.

“It was the best thing my teacher could have done for me,” said Jones, 75, of Glenville, a mechanical engineer at GE Global Research and a pioneer in industrial lasers who holds 55 U.S. patents. “I struggled and fell behind in fourth grade. I never would have caught up if I didn’t get held back.”

Jones’ family roots were in Richmond, Va., where his grandfather worked as a butler for a wealthy white family. They moved north in the Great Migration of African Americans from the agrarian South to the industrial North in search of economic opportunity. His relatives settled on the duck farm in the 1920s, lived in a company house and ran the 80,000-duck operation. Jones cleaned pens.

Jones wrote a book “Never Give Up” and self-published and I’m in the process of tracking it down. He says it’s a children’s book and I’d like to see what this man has to say to children.

I think, a great example for all of us, of honestly, teamwork, desire, heart and humaness.

Thomas Sowell has been one of the most influential people I have come across and I’m so glad I did. If you want to hear a clear perspective that flies in the face of popular culture, mass media, if you want to hear something real and something human, please enjoy and share. 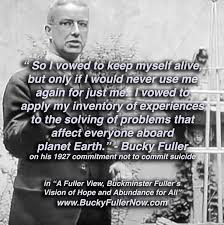 Documentary on Bucky’s life and ideas.  A revolutionary thinker and doer and human.